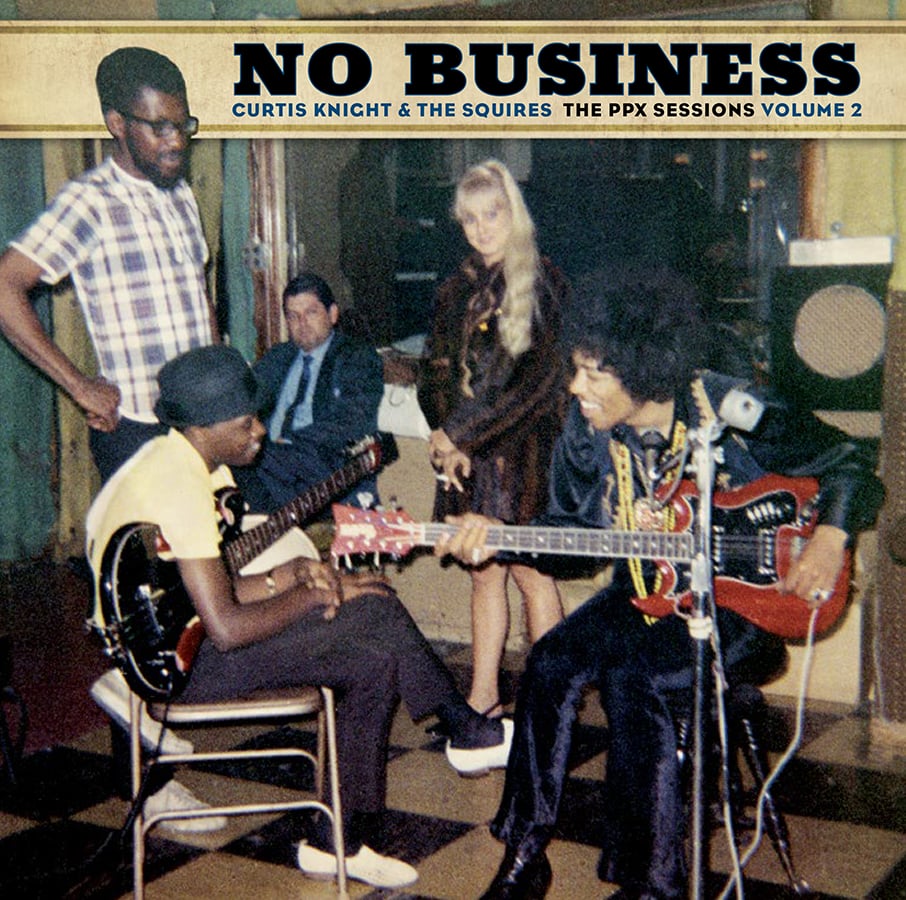 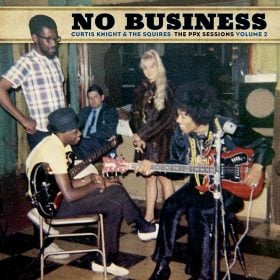 No Business: Curtis Knight & The Squires The PPX Sessions, Volume 2

No Business: The PPX Sessions Volume 2 by Curtis Knight & The Squires is the follow-up to Experience Hendrix/Legacy Recordings’ 2015 collection You Can’t Use My Name. The release includes October 1965 demo recordings made by the then-unknown Jimi Hendrix, as well as 1967 studio recordings with Hendrix when he was in the midst of his meteoric ascent to stardom.

Jimi Hendrix was based in Harlem in 1965, working intermittently as an itinerant sideman when he met Curtis Knight in a hotel lobby. Knight invited Hendrix to record with him, booking time at Studio 76, a Manhattan facility run by producer Ed Chalpin. Hendrix joined Knight to record nine demos (tracks 11-19) on or about October 15, 1965. These demos provide a window into the formation of Hendrix’s creative evolution. “Two Little Birds” and “Suddenly” presage his playing on future classics, such as “Little Wing” and “Castles Made of Sand,” while “Working All Day” and “Taking Care Of No Business,” hold the distinction of being the first known recorded Jimi Hendrix compositions.

After the conclusion of this initial demo session, Hendrix was approached by Chalpin to sign what the guitarist thought was a release for his participation. What Chalpin actually had Hendrix unknowingly sign was a contract with his own PPX Enterprises Inc. for $1 and a 1% royalty rate. Hendrix had previously signed an agreement with the Harlem-based Sue Records (home to such acts as Ike & Tina Turner) in July 1965 and was unaware that this too was a recording agreement and not a release for a session fee. Chalpin filed away the agreement and Hendrix continued to lend his guitar to sessions on Knight’s behalf in 1965 and the first half of 1966.

After moving to England in September 1966 and forming the Jimi Hendrix Experience under the management of Animals bassist Chas Chandler, Hendrix’s sudden popularity in Britain and Europe caught Chalpin’s attention. As Hendrix prepared for his return to the US via the Monterey Pop Festival in June 1967, Chalpin initiated legal proceedings based upon his one page, October 1965 agreement. Worse still, now that Hendrix was a known commercial commodity, Chalpin was releasing material Hendrix had recorded with Curtis Knight and passing it off as solo material by Jimi. In a failed attempt to placate Chalpin, Hendrix returned to Studio 76 in July and August of 1967 and recorded more music with Curtis Knight with the hopes of being released from his onerous contract. From a business perspective, his plan backfired, but more unique music was created as a result.

In addition to 1966 studio recordings such as “Hornet’s Nest” and “UFO,” No Business also features highlights from the July and August 1967 sessions. Hendrix’s wah-wah guitar can be heard on “Hush Now” and “Love, Love” while also adding a Hagstrom 8-string bass part on an updated version of “Taking Care Of No Business” and “My Best Friend.”

When Jimi inexplicably appeared at Studio 76 on July 17, 1967, Chalpin was stunned by his good fortune. In addition to the handful of Curtis Knight recordings featuring the guitarist, he now had Jimi Hendrix music made after his groundbreaking debut album Are You Experienced. Chalpin next scrambled to see what else he could pull together from his stockpiled archive to create a contrived Knight/Hendrix album. The following day, he dusted off the 1966 master of “How Would You Feel” and had Knight compose new lyrics and add a new vocal. This alternate version is included here. He crafted mixes of Ricky Mason’s interpretation of “I Need You Everyday (Sick & Tired)” on which Hendrix had originally appeared the previous year.

On July 31, 1967, Chalpin created an unusual recording drawn from “Suey,” an odd 1966 session in which Jimi had participated. Chalpin combined some of the on air patter radio disc jockey Douglas “Jocko” Henderson was known for, and intercut this with a recording he had produced with film star Jayne Mansfield.

The need by Chalpin to scrape together existing PPX material for a potential Curtis Knight/Jimi Hendrix album was made considerably easier when Hendrix returned on August 8, 1967. The highlight of that session was Knight’s “Gloomy Monday.” Jimi provided the song’s propulsive rhythm guitar before he departed. Needing a solo, Chalpin overdubbed two guitars and even a sitar to try and capitalize on Hendrix’s participation. On the first volume of these PPX recordings, Hendrix can be clearly heard instructing Chalpin not to use his name on these recordings prior to a take of the song. The producer disregarded Hendrix’s request and soon thereafter issued Get That Feeling via Capitol Records. The album featured a cover image of Jimi Hendrix from the recent Monterey Pop Festival and no image of Knight. The move both embarrassed and infuriated Hendrix.

Since acquiring the rights to all Jimi Hendrix recordings from Chalpin in 2014, Experience Hendrix has made it a mission to release these Curtis Knight & The Squires sessions tastefully, providing proper historic context, free of misleading packaging and without posthumous overdubs. No Business: The PPX Sessions Volume 2 accomplishes this while helping map out the evolution of Jimi Hendrix as a musician and songwriter.